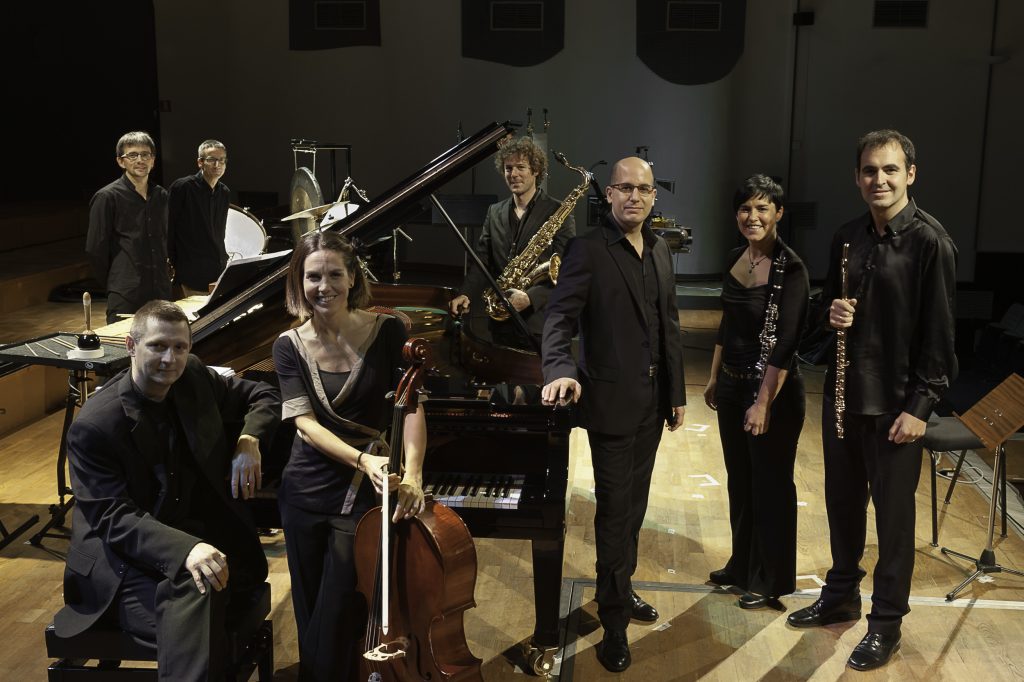 Ensemble Sinkro is a contemporary music ensemble based in Vitoria-Gasteiz, which has had its home in the ‘Jesús Guridi’ Music Conservatory since 1985, when it was founded with Juanjo Mena as its first director.

Ensemble Sinkro is a group that specialises in the realm of new technologies used in modern musical creation. Its hallmarks are the exploration of new modes of expression, experimentation with new instrumental techniques, manipulation of sound via electroacoustic media, interaction with new technologies and fusion with other artistic disciplines such as dance, video or painting.

Ensemble Sinkro’s main objective is to promote and disseminate newly created contemporary music works. To this end, we commission works from the most prominent present-day composers for their exclusive premieres at concerts.

It has been the resident group at the Bernaola Festival in Vitoria-Gasteiz since 2005, where it presents its most innovative projects, focusing on the integration of sound and image and the acoustic and scenic space, offering a mixture of instrumental works, electroacoustics, improvisation, dance, plastic arts, video and theatre. It also tackles different fields of musical experimentation at cultural venues through exchanges with artists and institutions and by collaborating with internationally renowned soloists and ensembles.